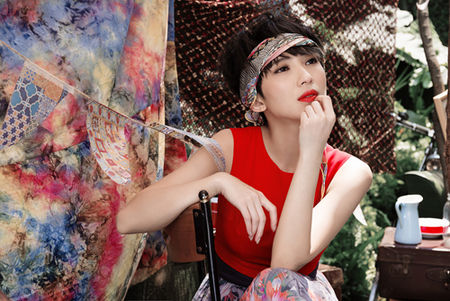 Penny Tai is a Malaysian Mandopop singer-songwriter currently under Seed Music. Penny got her start participating in the Halo Singing Contest in Kuala Lumpur. By 1999 she had been signed to EMI Taiwan and was moved to Taiwan where she launched her first single "Buxiang" and debut album, Penny. The next year, she recorded the theme song to the popular drama, Meteor Garden I. In 2005 Penny released her fifth studio album, Ai Feng Le, which became an instant hit. The title track was nominated for several awards and the album sold over 100,000 copies in Taiwan alone.