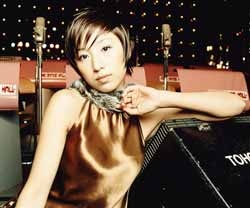 After she left Taiyo to Ciscomoon, she returned to China and released three solo albums.

In 2007, she joined avex and released her first Japanese cover album.