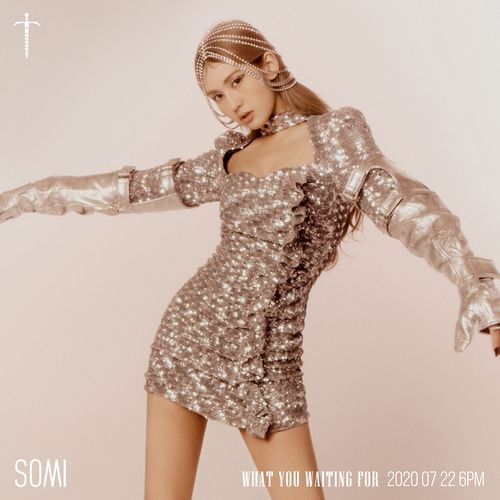 SOMI (소미) is a Korean-Canadian artist under The Black Label. She was a member of the Produce 101 project group I.O.I. 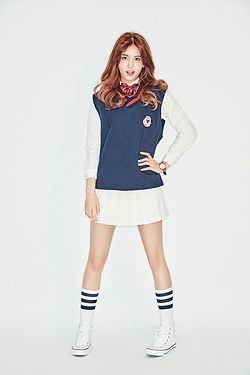 Somi was born in Canada to Dutch-Canadian father, Matthew Douma, and Korean mother, Jeon Sun Hee, granting her triple citizenship. She also has a sister named Evelyn who is eight years younger than her. Her family moved to South Korea when she was one year old. Because she was of mixed decent, Somi was often bullied in school and hated the way she looked.

Both Somi and her father are skilled in Taekwondo. She has her third-degree black belt but could not gain the fourth-degree like her father due to her age. In 2013, she appeared on the Children's Day Special of KBS2's Let's Go! Dream Team II as part of a Taekwondo demonstration team from Midong Elementary School. In August 2014, she, her mother and her grandmother had a short appearance on episode 187 of Hello Counselor. She also had a cameo role in 2014 film Gukje Market along with her father and sister.

Somi auditioned twice for JYP Entertainment before being accepted into the company. The song she used for her audition was 2NE1's "Lonely". She has stated that 2NE1 is the reason she wanted to become a singer and that "Lonely" is her life's song. While still a trainee she appeared in GOT7's "Haji Hajima" music video with other female trainees.

In May 2015, JYP Entertainment held a girl group survival show called Sixteen where trainees were pitted against each other to form the company's new girl group, TWICE. Somi made it to the final round, but was ultimately eliminated due to her lack of dance skills.

In January 2016, Somi joined another girl group survival show, Mnet's Produce 101. She was the only trainee from her company to participate. Out of 101 female trainees, Somi ranked #1 on the final episode with 858,333 votes. Her #1 rank earned her the center position of the show's project group I.O.I. She promoted with the group from their debut on May 4, 2016 until their disbandment in January 2017.

On October 7, Somi was selected as the new host for SBS' The Show along with UP10TION's Wooshin.

On January 9, 2017, it was confirmed that Somi signed a formal contract with JYP Entertainment to start solo activities. On the 17th it was announced that she would join the second season of variety show Unnie's Slam Dunk as the youngest member. Two days later, she co-hosted the 26th Seoul Music Awards along with Super Junior's Heechul and singer-entertainer Tak Jaehoon.

After the official disbandment of I.O.I, JYP Entertainment launched Somi's website and fan community. She also launched her official Instagram account during the filming of Unnie's Slam Dunk.

On March 9, Somi and singer-songwriter Eric Nam dropped a collaboration track titled "YOU, WHO?".

On April 9, it was announced that Somi would participate in the upcoming variety show Idol Drama Operation Team that would begin airing in May. On the 21st, Somi took part of the Immortal Songs' broadcast alongside her Unnie's Slam Dunk members. On the 25th, SBS announced that both Somi and Wooshin would be departing their positions as host for The Show. The broadcast that day would be their last. That same day FuseTV named Somi as one of the "Biggest Teen Musicians of 2017". She was the only K-Pop solo act to make the list.

What You Waiting For