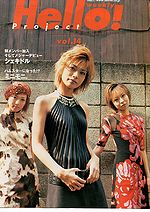 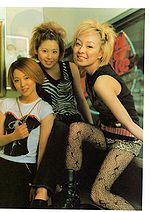 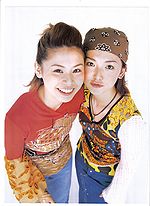 Sheki-Dol was formed in July 2000 with members Kitagami Ami and Oki Ibuki, two participants in the 4th Morning Musume & Heike Michiyo Protegee Auditions (the same auditions that Matsuura Aya eventually won). After the released of their first single in 2001, Suenaga Mami joined the group, making it a trio. In the summer of 2001, after their third single, Oki left to pursue a solo career, and Arai Saki joined to replace her in August 2001.

Sheki-Dol's third single, "Zentaiteki ni Daisuki Desu", was one of the ending theme songs of the anime Crayon Shinchan.

Sheki-Dol's fourth single, "Ai wa Muteki ~Hatachi no Yoru no Chikai~", was marketed as their major debut single. On every cover, the band name is written in Japanese and English. But on this single it is written only in Japanese. They also switched record label from SPREE RECORDS to zetima. However, a month later, Sheki-Dol disbanded in January 2002, after having released only four singles. The official reason was that one of its members needed medical attention. It was later discovered that Mami had become pregnant.