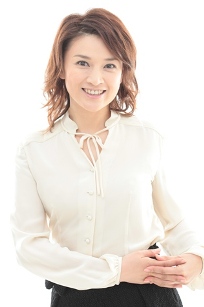 Shimazaki Wakako got her start show business after competing in the 2nd Annual Lotte CM Idol wa Kimi da! contest in 1987. She sang the Nakayama Miho song "50/50" for her audition. She got the runner-up prize, beaten by another soon-to-be idol Aikawa Eri. Soon after, she signed a contract with Golden music promotion INC and soon began activities. She released her first single, entitled "Yowacchaun da", on May 1989. A month later, Shimazaki made her acting debut in the TV drama Komarasenaide!. That same year, she got her first lead role in the tokusatsu show Mahou Shoujo Chukanai Panema. Shimazaki got this role after Ozawa Natsuki, the original lead of Mahou Shoujo Chukana Pai Pai, suddenly quit, making the producers to end Mahou Shoujo Chukana Pai Pai after six months of airing and replacing it with Mahou Shoujo Chukanai Panema.[1]

In the mid-1990s, Shimazaki gradually shifted from an idol to a variety star by appearing on various variety shows. She released the single "My life is..." is 1999 under the name Risky. "My life is..." was used as a theme song for the tv show All Star Kanshasai. The single was produced by Akimoto Yasushi, who had only five hours to produce the single.[1] 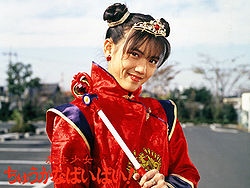