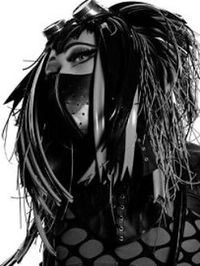 SiSeN is a Japanese DJ. SiSeN is a well known DJ in the underground scene in Japan. Her music consists mainly of a mix between gothic industrial music, techno and classical music, although not restricted only to these rhythms, and also merged the J-Pop on some occasions. Besides DJ, SiSeN also serves as a model for the brand of Takuya Angel, his friend and fellow DJ. Interestingly, SiSeN uses other aliases according to the style of music that will play as DJ Violet and DJ 666Fox.

The DJ had no artistic pretensions to start his career in 2003, playing only as a hobby. With its distinctive musical style, a look inspired fashion trendy Harajuku and much energy in his choreography, was quickly gaining popularity SiSeN clubs undergrounds he touched, and what was viewed only as a hobby became a serious business since 2005. 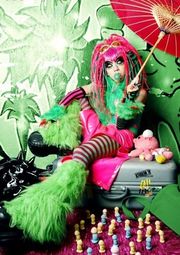 SiSeN became resident DJ of the festival Tokyo Decadence, and sometimes participate in and Alamode Night and Tokyo Dark Castle (including launching a solo remix, called "SaGa" for a compilation with this name).

SiSeN already made some presentations by the United States, as in the Anime USA event, held in October 2008.