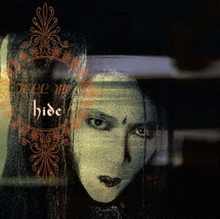 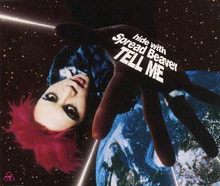 "TELL ME" is the fourth single released by hide. The title track was used as the Acecook "Super Cup" commercial song. The single reached #4 on the weekly Oricon charts and charted for eleven weeks. Its b-side, "SCANNER (Ai no Duet)", is an alternate version of the song "SCANNER" from his first album HIDE YOUR FACE featuring RYUICHI from LUNA SEA. In 2007, the single was re-released and, on April 28, 2010, it was re-released again as part of the first releases in The Devolution Project. "TELL ME" and "SCANNER (Ai no Duet)" can be found on the 1999 hide tribute album, hide TRIBUTE SPIRITS, covered by KYO and TETSU (from D'ERLANGER) and LUNA SEA respectively.

On January 19th, 2000, the single was re-recorded becoming the fifth single released by hide with Spread Beaver. This version reached #2 on the weekly Oricon charts and charted for seven weeks.