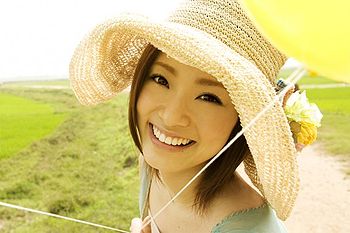 Ueto Aya is a Japanese actress and singer. She is signed to Oscar Promotion agency and Pony Canyon label.

Ueto Aya was first discovered in 1997 when she was awarded a special prize as part of the 7th All-Japan National Beauty contest. She was originally a commercial (CM) actress before she moved onto mainstream acting. While she primarily acts in television dramas and movies, Ueto is still heavily involved in commercials, being known as the CM Queen for representing 10 different companies. In 2005, Ueto topped the commercial popularity rankings as the most popular female star and was overall a respectable sixth.

Her music career didn't get going until 1999 when she formed a girl group, Z-1 with Nejiki Mami, Fujiya Mai and Nishiwaki Manami. Unfortunately, the group did not last long and they split after releasing only five singles. Two years after the split, Ueto signed with Pony Canyon and released her debut single, Pureness, in 2002. She has since released fifteen singles, four original albums, one remix album, UETOAYAMIX and one best album, BEST of UETOAYA -Single Collection-. In her latest studio album, License, her brother penned the song fermata for her. In 2012 she married Hiroyuki Igarashi, Member of EXILE. On April 12 2015 she announced her pregnancy. On August 19, 2015, Aya and HIRO made an announcement that they welcomed their first child, a girl. 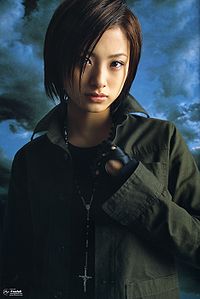 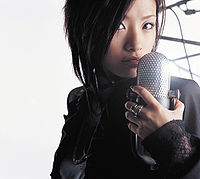