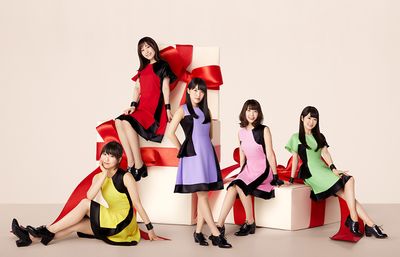 Walküre (ワルキューレ) is a fictional idol group from the anime Macross Δ.

Conception of an idol group came from Macross producer and director Kawamori Shoji, who was inspired by the success of the AKB∞48 anime series and the AKB48 franchise as a whole. The group's name was taken from the "VF-1 Valkyrie" variable fighter from the series, and its German reading was instead.

Suzuki Minori auditioned with Nakajima Megumi's "Hoshi Kira" in the Macross Diva 2014 audition and was chosen to star in the coming Macross anime project out of 8,000 rookie applicants. It was later announced that the project would be titled Macross Δ, and that Suzuki would voice heroine Freyja Wion. JUNNA, a 15-year old vocalist was discovered by flying DOG producer Fukuda Masao and was chosen to be the singing voice of ace vocalist Mikumo Guynemer, while veteran seiyuu Koshimizu Ami became her voice actor. Yasuno Kiyono, Nishida Nozomi, and Toyama Nao rounded out the characters of the group's sub vocalists.

Fukuda stated that unlike in Macross F, where musician Yoko Kanno handled the complete production of the series' music, Macross Δ would become a collaboration of different music producers.