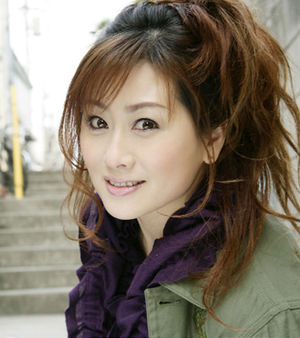 Watanabe Misato (渡辺美里) is a Japanese pop singer-songwriter, who is signed under the Epic Records label.

Watanabe Misato first got her break in show business in 1983 1984 when audition along Kudo Shizuka and Kokusho Sayuri, and Matsumoto Noriko for the 3rd and 4th Annual Miss Seventeen Contest and on the Best Song Award. She debuted as a singer a year later with the single "I'm free". She also debuted as a variety talent on the show Youngtown Wednesday. She also served as the chorus at a Shirai Takako concert and would later lend her voice for the chorus for T.M. NETWORK's third album GORILLA.

In 1986, she released the Komuro Tetsuya penned single "My Revolution" and it became a hit, selling over million copies. Later that year, she kicked off her first concert, entitled "MISATO SPECIAL '86 KICK OFF" as a female solo singer. She also attended various musical events for musicians including the Hiroshima Peace Memorial Museum Concert ALIVE HIROSHIMA 1987-1997 with various musicians including Ogiki Yutaka, BARBEE BOYS, and THE BLUE HEARTS.

In 1988, she released her fourth album, ribbon, and it went onto sell over a million copies and have it's own concert tour. A year later, she went on a short term studying abroad to London. But it didn't stop Wanatabe from releasing more albums, singles, and performing at sold-out tours. From 1990 to 2005, she would also do a live concert on train, nicknamed the MISATO TRAIN.

Watanabe celebrated her ten year anniversary in 1995 with the release of her first best album, She loves you. Then to celebrate her twenty years, she would go out to appear on Kohaku Uta Gassen at the end of that year to perform her hit song "My Revolution".