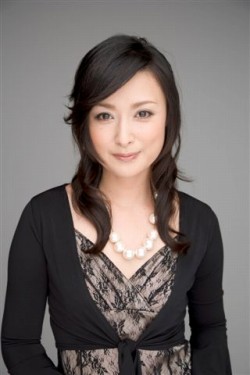 Kokusho Sayuri (国生さゆり) is a Japanese pop singer, idol, and talento. She made her debut as member #8 of the idol group Onyanko Club. In the mid 1990s, she was also a member of the group McKee.

Kokusho Sayuri began to audition for many contests beginning in 1983, including Miss Seventeen Contest that Kudo Shizuka eventually won, but failed them all. But, her luck turned around when passed the Fuji TV-sponsored audition Jyoushikousei Special that later formed the super idol group Onyanko Club. She was quickly recognized as the leader of the group and sang lead on many singles. She made her acting debut in the dorama Sukeban Deka II Shoujo Kamen Densetsu a short while. A year later, she debuted as a solo artist with the single "Valentine Kiss" that included various members of the group on the single.

Kokusho graduated from Onyanko Club on April 1987 at the final concert of the Sotsugyou 1987 Onyanko Club SPRING Concert "Sailing Yume Kojou" concert tour. She also became a regular on various variety shows, including the show Ucchan Nanchan no Urinairi!!. On that show, she would form the group McKee with Takayama Rie and Mori Shigeru. The group only released on single before breaking up.

Since November 2008, Kokusho is a manager for the female Pro Wrestling league OZ ACADEMY. She occasionally wrestles for the league too.

From November 2000 to August 2003, Kokusho was married to a businessman whom she went to middle school with. Then on December 24, 2009, she announced she was engaged to Koda Hideshi.

All major roles are listed in bold.