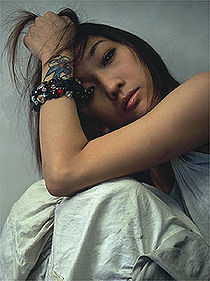 SNoW is a Japanese pop singer-songwriter, currently signed to Universal Music Japan. She made her debut in 2004. She is best known for her songs Sakasama no Chou and NightmaRe which were used in the anime Jigoku Shoujo. 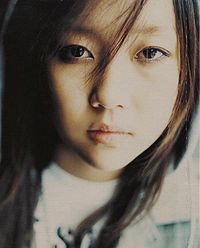 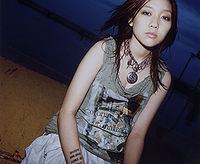 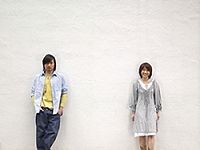 SNoW moved with her family to Los Angeles when she was five years old. She grew up in a household where she was taught Japanese and English at the same time. She first started creating music at the age of 13, with the help of a friend.

When she was 16 years old, she was discovered by a Producer, who took her to Japan. During their time in Japan they work on her demo tape. She finally ended up signing with the indie label Kitty Films. Her debut single, "Yes" was a Christmas single that was released in November of 2004.

In 2005, SNoW made the transition of an indies artist to major label artist by signing with, Sony Music Entertainment. Her first single with Sony, "Hanabi Made Ato Sukoshi" was released almost nine months after her indie debut. The single failed to chart on the Oricon.

Her second single "Sakasama no Chou" was released about six months later and was used as the opening song to the Jigoku Shoujo anime. With the help of the tie-in it reached the number forty-sixth position on the Oricon and charted for a total of eight weeks, making it her most successful single to date. SNoW soon returned with "on&on", her third single also failed to chart on the Oricon.

With the release of her fourth single, "NightmaRe" SNoW made a comeback to the Oricon. The single reached the 50th position on the Oricon and charted for a total of three weeks. It's success was yet again because of the tie-in with the anime Jigoku Shoujo which "NightmaRe" was used as the closing song.

Not even the month after the release of "NightmaRe" SNoW announced that she would be releasing an album. Her debut album, Hatsuyuki would be released on January 17th. The album is made up of her five singles and most of their b-sides, only contains three new songs.

Lately SNoW has started learning the guitar and maintains a strong interest in photography and art. She is presently enrolled in Santa Monica College.

In July 2007, SNoW was dropped by her label Sony Music Entertainment. Even though she has been working on new songs.

She signed in a new label, Universal Music Japan. In 2008, for the special re-release of SoulJa 's Spirits album (best known for the "Koko ni Iru Yo" and "Soba ni Iru ne" collaborations with Aoyama Thelma) re-recorded "Soba ni Iru ne" with Yukie.

On her Myspace she already posted two new songs named "A.M." and "bluescreen".