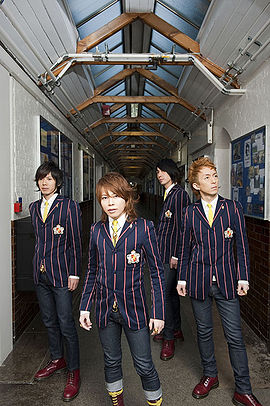 abingdon boys school (commonly referred to as a.b.s.) is a four-member J-Rock band fronted by T.M.Revolution (Nishikawa Takanori), which is currently under Epic Records on Sony Music Entertainment. They debuted in 2005 with the song "stay away" featured on the Love for NANA ~Only 1 Tribute~ compilation album. Their debut single, "INNOCENT SORROW", was used as the first opening theme song to the anime D.Gray-man.

abingdon boys school is named after the famous all boys school in England, Abingdon School which the members of famous band Radiohead attended. It was formed in 2005 by Nishikawa out of several of the support members of his T.M.Revolution project, specifically SUNAO and Shibasaki Hiroshi. Kishi Toshiyuki had also re-arranged Nishikawa's songs AQUALOVERS ~DEEP into the night~ and LOVE SAVER for his UNDER:COVER self-cover album.

The band was formed by Nishikawa in 2005 and first released the song stay away featured on the Love for NANA ~Only 1 Tribute~ compilation album that was released in March. The band performed their first live on 2005.11.24 with UVERworld and Tsubakiya Quartet. Later in 2005 the band covered BUCK-TICK's song Dress on the cover compilation PARADE ~RESPECTIVE TRACKS OF BUCK-TICK~.

abingdon boys school made their official debut in December 2006 with the single INNOCENT SORROW which was used as the opening song to the D.Gray-man anime. After a gap of six months, the band followed this up with a second single (HOWLING, anime DARKER THAN BLACK -Kuro no Keiyakusha-'s first opening theme song).

The band's third single was quickly released afterwards, Nephilim, which was featured as the Playstation 3 game FolksSoul -Ushinawareta Denshou-'s opening theme song. They released their first album in October 2007. Shortly after in December 2007, a.b.s. followed up with their fourth single, BLADE CHORD, which was the theme song to Nintendo Wii & Playstation 2 game Sengoku BASARA 2 Eiyuu Gaiden (HEROES).

In late 2008, after one year inactive, abingdon boys school returned with JAP, PlayStation Portable game Sengoku BASARA Battle Heroes and later the anime version of Sengoku BASARA's opening theme. They released their come-back single STRENGTH. in February 2009, a single for JAP also sets to be released in May. 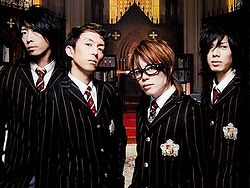 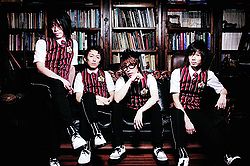 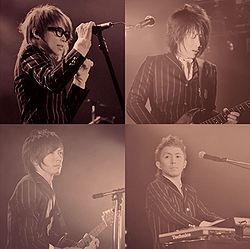