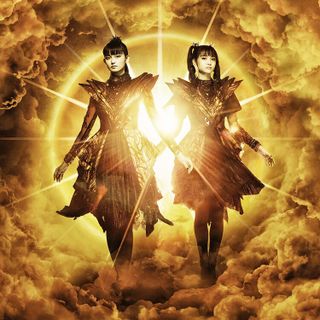 BABYMETAL is a Japanese Kawaii Metal band, fusing Idol J-Pop with Metal, produced by KOBAMETAL. Originally a sub-unit of the idol group Sakura Gakuin, the second sub-unit to debut from the group following Twinklestars, they became an independent act in 2013 following SU-METAL's departure from the group.

On February 26, 2014, they released their first self-titled album. The album was well received by people, selling over 37,000 copies in Japan in its first week, and debuting at #4 on the weekly Oricon album chart and #2 on Billboard Japan. It also topped iTunes Metal charts abroad and even ranked on the US Billboard 200 chart, something that very few Japanese artists have achieved. Their second album Metal Resistance was released worldwide on April 1, 2016, charting well internationally for a Japanese band.

With their first two concerts at Budokan, they became the youngest-ever female act to perform there. The group has also embarked on several tours, with a majority of their tour dates taking place outside of Asia. They have performed in places such as Canada, New York City, and Los Angeles, California, and with several different foreign artists, such as Avenged Sevenfold, Metallica, Lady Gaga, and more.

On October 19, 2018, it was announced that YUIMETAL decided to leave the band. Since her departure, the band has performed with one or more backup dancers at live performances. In 2019, the band introduced three backup dancers called "Avengers" who performed in rotation at each live show to form a trio with MOAMETAL and SU-METAL.

Their first best album 10 BABYMETAL YEARS is released this week on December 23rd.