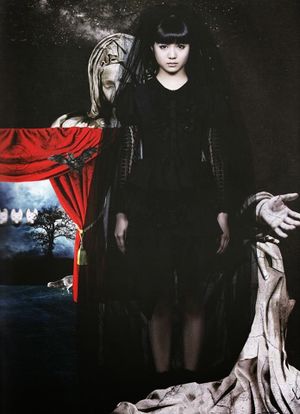 Kikuchi Moa (菊地最愛) is a Japanese singer and model under the agency Amuse. She is a former member of Sakura Gakuin and it's sub-units Twinklestars, BABYMETAL, and Minipati. Kikuchi got her start after winning the grand prix award, out of 10,000 applicants, for the "Ciao Girl Audition 2007" for which she won a contract with Amuse. Three years later, she joined the idol group Sakura Gakuin which she graduated from on March 29, 2015. Moa is currently promoting as a member of BABYMETAL, under the name MOAMETAL.