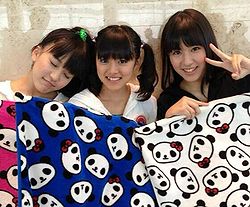 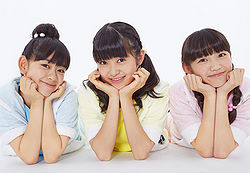 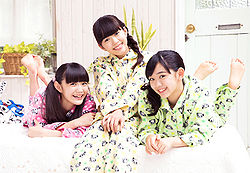 sleepiece is a sub unit of the idol group Sakura Gakuin. They are the fifth sub unit to debut from the group, following Twinklestars, BABYMETAL, Minipati and SCOOPERS. The group first appeared on Sakura Gakuin's debut album Sakura Gakuin 2010 Nendo ~message~ in April 2011, performing the track "Medaka no Kyoudai". Sato Hinata was a member of the group for one performance only. In late 2013 sleepiece officially broke up. 2 years later, during Tokyo Idol Festival 2015, Sakura Gakuin decided to make a second generation for sleepiece. The members of the 2015's sleepiece are Saki, Mirena and Maaya. Ooga Saki left the unit after her graduation on March 27, 2016. It was announced during Sakura Gakuin Festival 2016 that Fujihira Kano will be the new member of the unit. Kurosawa Mirena left the unit after her graduation on March 25, 2017.