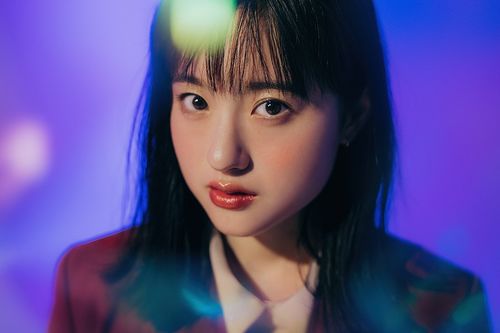 Muto Ayami (武藤彩未) is a Japanese singer and model under the label TSUBASA PLUS. She is a former member of the idol groups Karen Girl's and Sakura Gakuin. Muto debuted as a soloist on April 2013 and her ontract under the agency Amuse ended when she went on a hiatus from December 2015 to October 2018 to study abroad.

Muto Ayami got her start in show-business in 2004 after being selected to become a model for the magazine "Kids Style". She went onto become a model for "DAISY LOVERS paradise kids" advertisements and then for "Ciao" girl comic books from 2007 to 2009. In 2008, Muto began her singing career by joining the idol group Karen Girl's under the name AYAMI until the group dissolved in 2009. One year later, Muto joined as the leader for the idol group Sakura Gakuin.

In late April 2013, 13 months after graduating from Sakura Gakuin, it was announced that Muto would start her activities as a solo idol. Muto will be the first full-scale solo idol from Amuse, a large entertainment company where artists like Southern All Stars and Fukuyama Masaharu call home. She started her first project called "DNA1980": as Muto grew up listening to 1980s music due to the influence of her parents, she has strong admiration for 80s solo idols, such as Matsuda Seiko. "DNA1980 Vol.1" and "DNA1980 Vol.2" were limitedly released at the venue of her July 19th live at Shibuya O-EAST, consisting of various covers of famous songs released in the 80s.

The following year, the release of her major debut album Eien to Shunkan on April 23 was announced. Furthermore, she will be holding a one-man concert titled "BIRTH" at TSUTAYA O-EAST on April 29.

On December 16, 2015, Muto announced that she will be taking a hiatus after her live on December 23, 2015. On May 31, 2016, it was announced on Muto's official profile that she was studying abroad and her contract under the agency Amuse has ended.

In late August 2018, Muto announced her return to Japan after completing her studies and had her return concert "Muto Ayami AcousticLive ~Hajime no Ippo~" at Omotesando WALL&WALL on December 1.