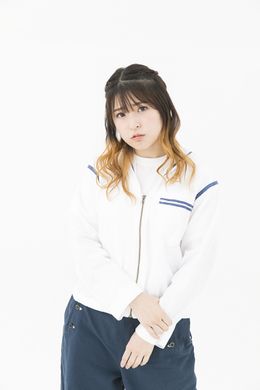 pour lui (プー・ルイ; Fr: For Him) is a Japanese New Age rock singer formerly signed to Tsubasa Records. She is currently a member of the Japanese pop-rock group BILLIE IDLE. Her stage name is derived from her name, Rui, and the french words for "for him", inspired by the love songs she wanted to sing as a soloist.

pour lui made her debut in November 2009 with the digital single "Kagirareta Toki no Naka de☆". At the end of 2010, she stopped solo activities to join the idol group BiS.

In 2012, she joined four members from other idol groups to form IRF, a special unit featured on the tribute album TRF Respect Idol Tribute.

On April 1, 2018, pour lui announced she would be taking up a new YouTube career, launching "BYS", a YouTube channel featuring her and several former members of BiS' 2013-2014 line up. On May 12th, she made a surprise appearance during the encore of BILLIE IDLE®︎'s tour, where it was announced that she would join the group as a full-time member on June 6th.