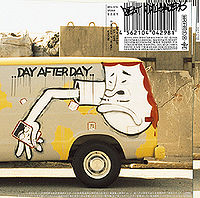 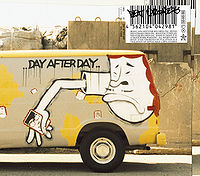 "DAY AFTER DAY / SOLITAIRE" is the eighth single released by BEAT CRUSADERS. It was released in two editions, limited and regular. Limited edition includes two bonus tracks, a special booklet and comes housed in a regular jewel case instead of a slimline jewel case. "DAY AFTER DAY" was used as the official theme song for X-TRAIL JAM IN TOKYO DOME competition. The second A-side "SOLITAIRE" was used as theme song for the TV broadcast of the 2006 World Baseball Classic tournament. The song "WINDOM" is a new version of the original from their indies era included on their second album ALL YOU CAN EAT. The single reached #6 on Oricon charts and charted for 8 weeks, becoming their first Oricon Top10 single.