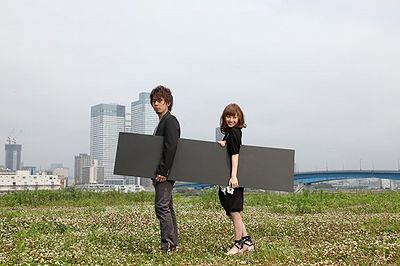 Sweet Vacation (スウィート・バケイション) is a Japanese electro-pop group influenced by 80's pop music and 00's club music. The two met in Thailand in 2006 and started activities as an indies act in 2007. They opened their official MySpace in August and started to release music through Japan's iTunes store in October. In 2008 the duo signed with major label Victor Entertainment and debuted with their third mini-album I miss you -ep-

In March of 2011, the group announced an indefinite hiatus after the release of their first best album Suibake no Early Best+8 on April 6th. Along with the hiatus it was also announced that May will continue her activities and had transferred to SKY CORPORATION.[1] 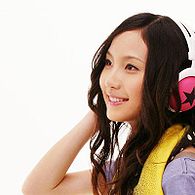 In 2006, while traveling around the world to find inspiration for his music and looking for a singer, Daichi (Hayagawa Daichi) met May (Sitapa Attaburanon) in Bangkok and was touched by her charming voice. Together, they formed the duo Sweet Vacation in the same year. Sweet Vacation started their career with opening their official MySpace page in August. Their first release, a digital single titled "Summer Day (ver.0)", was released on September 21st, 2007 through their website. A month later they started to release music through Japan's iTunes store with "I feel so good" on October 10th.

Do the Vacation!!, their indies debut mini-album and first physical release was released on November 21st. In 2008, the duo singed Victor Entertainment and made their major debut with their third mini-album I miss you -ep-. They released their first physical single, "Sayonara My Days" on February 18th, 2009.

In March of 2009, May debuted as a model at the fashion event Fukuoka Asia Collection held at Fukuoka Kokusai Center. Aside from scoring 637 out of 677 in English TOEFL test, May was accepted into Waseda University in May of 2009. It made the duo become a presentation of two top universities of Japan since Daichi is a graduate of Tokyo University. 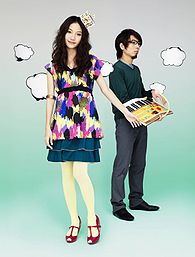