About a Rock'n'Roll Band 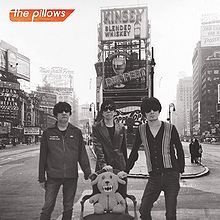 "About A Rock'n'Roll Band" is the 34th single released by the pillows. It was released in two versions: a limited CD+DVD edition and a regular CD Only edition. It reached #18 on the Oricon charts and charted for four weeks.