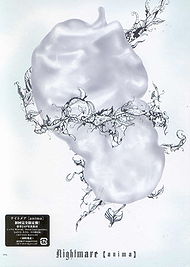 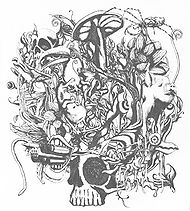 anima is the third album released by Nightmare. It is their last studio album to released through CROWN RECORDS, as they would switch to VAP at the start of 2007. This was released in two different versions: a limited CD+Photobook edition and a regular CD+DVD edition. The limited edition is in a book like case and comes with a B5 sized photobook, while the regular edition comes with a DVD of the PV for track #6 "Jashin to Bara". The album reached #12 on the Oricon charts, where it charted for six weeks.