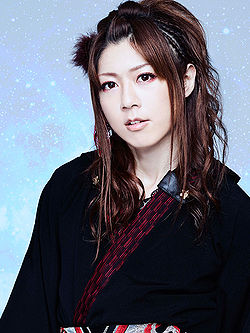 Asa (亜沙) is the bassist for the Wagakki Band.

Asa is gaining ever-greater popularity on Niconico Douga as a user of Vocaloid. The video he posted in July 2012 of "Yoshiwara Lament," a Vocaloid song, has been viewed more than 800,000 times. This song has also been performed by different artists on Niconico Douga. Moreover, it has been turned into a novel (published by AlphaPolis) that has drawn great praise. As a member of EXIT TUNES, Asa also participates in its EXIT TUNES ACADEMY festival. He took part in a nationwide tour this summer that stopped at five Zepp venues throughout Japan.