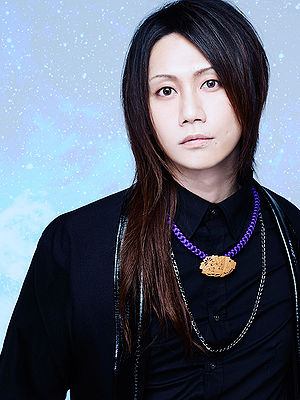 Machiya (町屋) is the guitarist for the Wagakki Band and guitarist and vocalist of m:a.ture and PARAPLU.

Guitarist Machiya enjoys overwhelming popularity in Niconico Douga’s renowned "Played It" category. The masterful video of his performance of "Night of Nights," a famous song from video game Toho Project, has been viewed more than 1.3 million times. Machiya is also the guitarist and vocalist of m:a.ture, a tremendously popular band in the Indie music scene. In addition, Machiya participates in performances and tours with a diverse range of artists, such as serving as the guitarist for the nationwide tour by Tsutomu Ishizuki (formerly of FANATIC◇CRISIS).