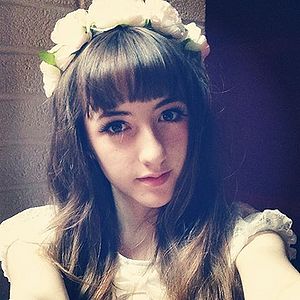 Beckii Cruel (ベッキー･クルーエル) is a British junior idol that gained Internet notoriety for her videos of her dancing to anime theme songs and Japanese pop tunes. Cruel began posting videos of herself dancing to Japanese anime songs on the YouTube website in early March 2009. She is the 20th most subscribed user (3rd most in the Musician category) in Japan on YouTube (as of July 24, 2010). Her YouTube account alone has reached 13,396,829 million video viewers. 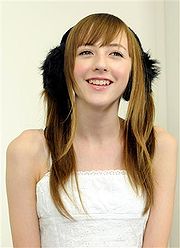 Beckii Flint resided in the Isle of Man and attended Ramsey Grammar School. The daughter of a policeman and a former dance instructor, Flint became interested in anime and manga at the age of 11, when she first started reading Fruits Basket. She began posting videos on YouTube under the name "xBextahx" (from a nickname she had when she was younger) dancing to Japanese pop and anime songs, with some her own choreography. In November 2008, she posted a video of herself dancing to Danjo, a popular Japanese Internet meme. Her YouTube video was uploaded to the Japanese video streaming website Nico Nico Douga, where she instantly attracted fans.

According to Japanese media, Flint was named "the next Leah Dizon." Her looks and interest in cosplay made her popular among Japanese fans for being a moe idol. Despite this, during a press conference, she informed the media that she was well-aware that her age and her image would attract unwanted attention from the Internet, as her father had warned her.

On December 11th, 2009 she took part in the Nico Nico compilation album series No, Upper Matsuri and No, Ballad Matsuri, where she sang the first track on each album, "Danjo" and "Tooi Sora Kumo wo Kuguri" respectively. In December 2009, she released the DVD This Is Beckii Cruel. It reached #8 on Oricon DVD Charts. After the success, she released her first single with Cruel Angels, "Tsubasa wo Kudasai" in February of 2010.

On December 22nd Beckii released a book and DVD called Beckii Cruel de Eigomini with the main purpose to teach English to the Japanese. On January 1st, 2011 she released a download exclusive single, "Just Wanna Have Some Fun", which was released exclusively to iTunes . 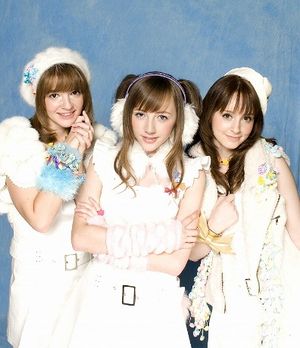 Beckii promoting "Tsubasa wo Kudasai" with Gemma and Sarah Cruel (2010)