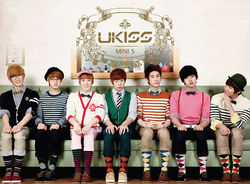 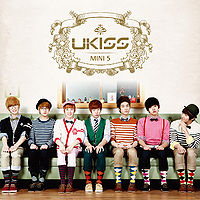 Bran New KISS is U-Kiss' fifth Korean mini-album. The song "0330" was used as lead track. The mini-album was their first release to feature new members AJ and Hoon, and also their first one after former members Alexander and Ki Bum's departures.

A Japanese edition of the mini-album was released five months later in three editions, two CD+DVD versions and one CD Only edition. Both CD+DVD editions include the same tracklist as the Korean release, however the CD Only edition comes with a Japanese version of the title track. The third track, "Naege Apeun Mareun...", has been retitled into Japanese for the release.