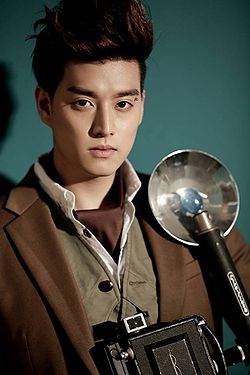 Eli (일라이) is a Korean-American rapper. He was a member of the Korean Pop boy group U-Kiss, and its sub-unit uBEAT, from its debut in September 2008 until his departure in May 2019.