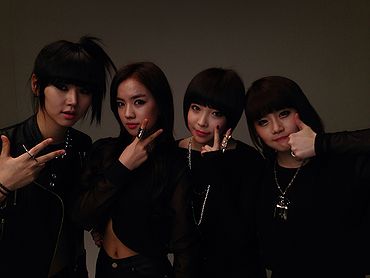 D-UNIT (디유닛) was a Korean pop/hip-hop/R&B group under D-Business Entertainment. They follow a format of an addition of a new member every promotion cycle, and sometimes removing members as well. It was announced UJin has left the group in May due to many circumstances and in July that JNEY's term in the group is finished. 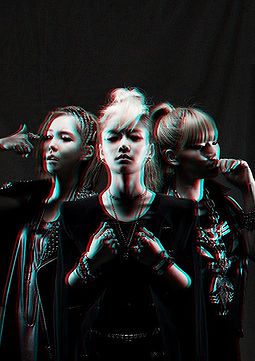 D-UNIT debuted in August of 2012 and it was reported that D-Business Entertainment's CEO had spent years preparing to debut the group. Before their debut they grabbed attention by making several public appearances, and even traveled to Japan for a fan signing, receiving a large amount of popularity there. They also got attention for member R.A.M being the younger sister of popular girl group T-ara‘s member Boram, and UJin being a former YG Entertainment trainee. Before debut, D-Business commented that group will increase and decrease in members, different then what other groups do. They started their own reality show Welcome to D-UNIT which aired on MBC Music. D-UNIT officially debuted with the album Welcome to Business and have been rising in popularity for their unique style and confident appearance, as well as their vocal skills.

In November 2012 they released their first digital single "Luv Me" which has more of a rock feel to it than their previous songs. In late 2012, it was originally revealed that the group will add a member or two to the group at the end of December. The decision to keep the three member unit for "Luv Me" was due to the fact that the group saw the song is still part of their debut and it felt necessary to keep the current line-up. They also announced that they will add a new member in early 2013.

In January 2013 they released "Neujjam Part.2", a remix of their song "Neujjam" from their debut album. They released their second album titled Affirmative Chap.1 on March 4th and with new member JNEY, a member of GP Basic. It was later revealed that JNEY is just a guest member and will only appear on their Affirmative Chap.1 release. ZICO from Block B was announced he was going to compose and co-write D-UNIT's music from the album and future releases.

They released their fourth digital single "Thank You" in April, a pre-released track to promote their third album, Affirmative Chap.2. In August they released a special remix single "REMIX Jumali Ogijeone" of another pre-released song, the song was to commemorate their one year anniversary together. Z.I.N also released her debut solo digital single "Gundae Bonaegi Silheunde" in September.

It was announced that UJin has left the group in May due to many circumstances but was not announced until late August.[1] 89LAND is a UJin fansite and this translation from the site show details of fan-cafe drama, reveals UJin left D-Business in the end of May, and D-Business describes UJin as a selfish, non-caring person who refused to participate in D-UNIT's activities. Although most in the note are just rumors, it has been said that UJin has left the group and will promote solo activities not relating to D-UNIT in the future.

It was also announced in July that JNEY's term in the group is done and has left to go back to her other group GP Basic.