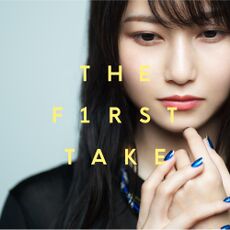 An acoustic version of the song from THE FIRST TAKE was released digitally on August 28, 2021.