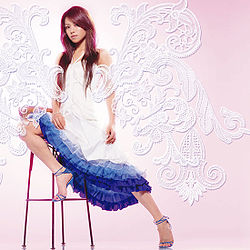 "ENDLESS STORY" is the debut single released by Ito Yuna. The title track was used in the movie NANA as the song that the character Serizawa Reira sung as her debut song, also the song is a cover of Jody Watley's "If I'm Not in Love".

There are three known versions of "ENDLESS STORY" to be included in Ito Yuna's discography. These include: