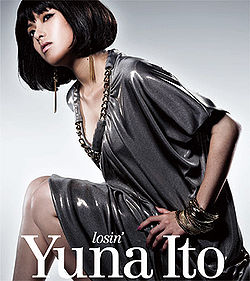 "losin'" is the fifth single released by Ito Yuna. The title track was used as the theme song for the Japanese broadcast of the second season of the series Lost. After three consecutive ballads, Ito Yuna decided to release something more upbeat, by releasing two limited edition singles (the former being stuck on you). Each single had a theme to it, where this single's theme is 'cool'. The single is limited to 70,000 copies. People who bought both "stuck on you" and "losin'" had a chance to win tickets for her YUNA ITO 1st Invitation Live.

It reached #19 on the Oricon charts and charted for four weeks.