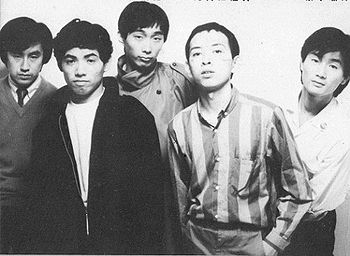 HALMENS (ハルメンズ; or Halmens) was a Japanese avent garde band that joined together in 1980. Their music is inspired by the new wave and art pop movement. They became well known for having Togawa Jun as their backup vocalist in some songs. They broke up only after almost three years together in December 1982, Higae Takao and Senzui Toshirou went on to join Togawa in YAPOOS and Ueno Koji continued on in GUERNICA also with Togawa. Although they have officially disbanded they still get together and play live for their fans occasionally.