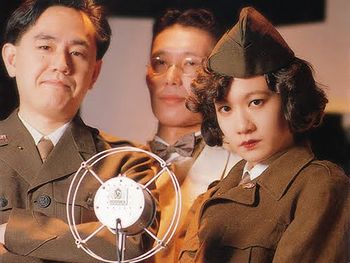 GUERNICA (ゲルニカ) was a Japanese avent garde trio from 1982. Their music is inspired by the 1920's and 30's retro style. They perform music in a cabaret style. Their early recordings are primarily electronic (using synthesizers instead of traditional acoustic instruments) but their later works are performed by a live orchestra. The band name is possibly inspired by the painting by Pablo Picasso of the same name. Their music mainly has a low quality sound to make it sound more genuine and nostalgic. 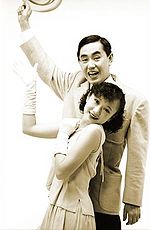