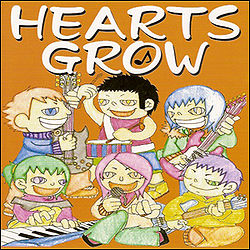 HEARTS GROW is the first mini-album released by Hearts Grow. The album was released independently (in limited quantities) on February 14, 2005. Released 2000 copies of the mini-album, and sold out in less than two weeks all the stocks after the release.