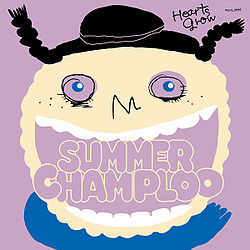 SUMMER CHAMPLOO is the second (overall) mini-album released by Hearts Grow, and it is the band's first major label mini-album. The mini-album contains three remixes of previous released singles and three cover songs. The covered songs on the album are cover of songs from fellow Okinawan artists such as: "Chiisa na Koi no Uta" by MONGOL800, "Best Friend" by Kiroro, and "Shimanchu nu Takara" by BEGIN. This mini-album failed to chart on the weekly Oricon chart.