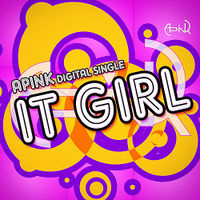 "It Girl" is APink's first digital single. The original version of the song was originally included on their debut mini-album Seven Springs of APink.

There are currently three versions of "It Girl" to be found in APink's discography. These are: