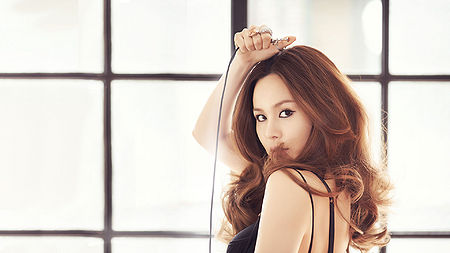 Ivy (아이비) is a Korean Pop singer and actress debuted in 2005 under Fantom Entertainment. She is currently under Polaris Entertaiment. She was a trainee for JYP Entertainment for 4 years.

Ivy first burst onto the scene in Lee Soo Young's MV "Kkotteureun Jigo" in January 2005. She debuted as a singer six months later in July, 2005, with the album My Sweet And Free Day. The album proved to be popular thanks to the sexier image that Ivy had promoted with the singles "A-ha" and "Oneulppam Il", while also highlighting her vocals with songs like "Babongabwa".

Ivy’s second album A Sweet Moment was released February 12, 2007. The lead single "Yuhogui Sonata" sampled Beethoven's "Für Elise". Controversy arose however as the MV for the song duplicated a fight scene from the Japanese CGI film Final Fantasy VII Advent Children. Unbeknown to Square Enix, the scene which originally stared Tifa Lockhart and Loz (characters of the movie), was recreated for the MV with Ivy playing the role of Tifa. The video was later banned from airing on television by the Seoul Central District Court.

Ivy soon came under fire as a scandal that involving ex-boyfriend known only as "Yoo" made it's way to headline. Yoo blackmailed Ivy with alleged sex tapes, demanding an amount of $45,000 USD for secrecy. The alleged tapes were never released however the scandal caused Ivy to postpone her career.

In 2008, she worked as lyricist for Girls' Generation and SHINee, under the pseudonym "The Lighthouse". Ivy wrote the lyrics for the songs "Dear. Mom" and "Majimak Seonmul (Last Gift)", which were at the same time composed by her boyfriend Kim Tae Sung.

After 2 years Ivy announced her full comeback to the music scene. On October 10, 2009, she was featured on one more MC Mong's release, the repackaged album Humaninal Repackage - Horror Show. The song was released on October 26, 2009 with a promotional video on the same day.

Her third album I Be... was released October 29, 2009. The music video for the second single, "Touch Me", was banned from television with claims of sexual references, although the song was promoted on TV-shows. Promotions for I Be... ended on January 24, 2010.

Short after the release of the album, Ivy got her own TV reality series M.net Ivy Back, which chronicle her comeback in a documentary. In summer 2010, Ivy became the MC of the second season of the TV-show COCO & MARC Season 2. 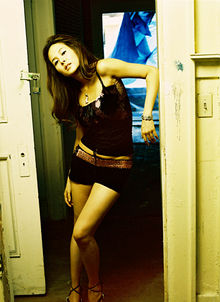 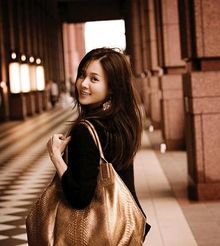