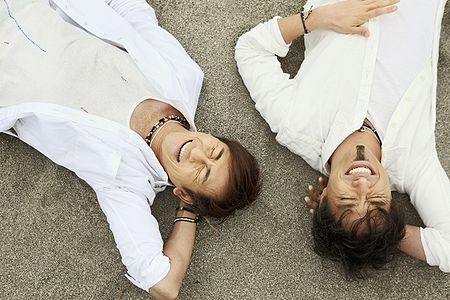 Kimaguren (キマグレン) is a Japanese pop/reggae duo that comes from Kanagawa Prefecture. They formed in May 2005, and later debuted in 2006 with the indies single "Omoi Omoi". They major debuted in 2008 under Universal Music Japan with the single "Aenai Uta". They are most known for their song "LIFE", which was used as the au Smart Sports commercial song. In 2009 they paired with Yuzu to form the special unit Yuzuguren, and in 2012 they did a similar thing with Rake, Oshio Kotaro and Kasarinchu to form PuiPui HOME TOWNS.

ISEKI and KUREI originally met in 1996 (when they were 16) at a swimming school in Zushi. They both spent a lot of time living in Zushi, although they have lived in different places: ISEKI spent time living in Singapore when he was an infant and KUREI lived in Canada/Europe from when he was 5 until he was 9. KUREI also went to the Yokohama International School from age 9 and was an exchange student to Tasmania when he was 13. The pair separated for university: KUREI left for America and studied medical sciences at Syracuse University in New York State, while ISEKI stayed in the province and studied law at Meiji Gakuin University at Yokohama.

In May 2005, the pair formed Kimaguren. Originally it was to be a solo project featuring only ISEKI, but KUREI also joined (he had wanted to be in a band since he was 17). ISEKI's original name for his solo project was Kimagure (きまぐれ; Whim), but at one of their early performances at live houses, their name appeared by mistake as Kimaguren (キマグレン) (with an extra letter and in katakana), and hence they decided to use this name instead. Their first release was in March 2006 with the single "Omoi Omoi", which they self-released.

In July 2007, the pair released their first mini-album titled LIFE under the indies label UNDER HORSE RECORDS (known for such acts as MONKEY MAJIK and GReeeeN). In summer of 2007 they were signed to the major label Universal Music Japan, and songs from this mini-album started to receive tie-ups (most notably "Tokoshie", NTT DoCoMo and Sony Ericsson commercial song, which was added to the massively successful compilation album Ai no Uta). In February 2008 they major debuted with the single "Aenai Uta", and later in May became widely successful after their single "LIFE" (a cut from their first mini-album) was used as the au Smart Sports CM song. Their first album ZUSHI was released in July. 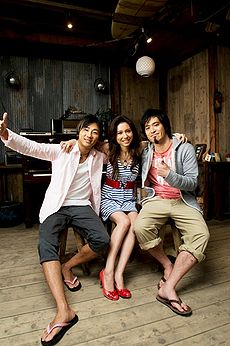 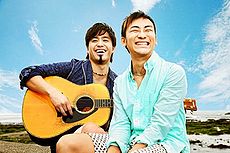 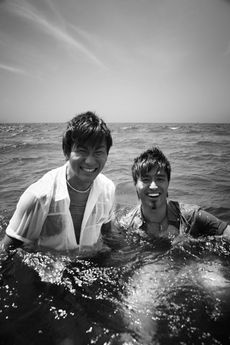