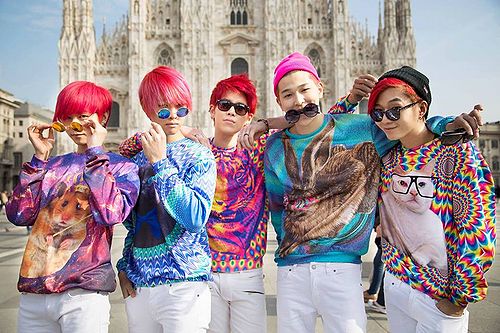 LED Apple (레드애플) was a Korean pop/rock band debuted in 2010 under Startory Entertainment. They disbanded in March 3, 2016. 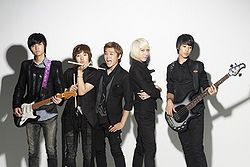 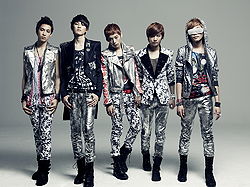 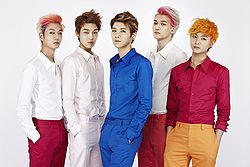 The group has been through multiple line-up changes since their debut in barely a year. After the release of their debut single, "LED Apple", I-OH withdrew due to tuberculosis, and Minyong and Seunghyun left due to unknown reasons.

For the release of their first mini-album, Niga Mwonde, three new members joined the band, Hyoseok, Jaehoon and Kyumin, however Jaehoon left shortly after. For the release of their second single, "CODA", two new members again joined the band, Hanbyul and Keon U, thus becoming a 6-member band. All these changes made LED Apple's first three releases to be promoted by different members except for Kwangyeon and Youngjun who are the only two original members.

After the release of two singles, "CODA" and "Time Is Up", and one mini-album, RUN TO YOU, with the same line-up, only one day after the release of RUN TO YOU it was announced that although Keon U appears on the promotional images and even has one solo song on the mini-album he had left the group to focus on his career as a composer.

According to the boys' official Japanese website, Hanbyul, Kyumin, and Kwangyeon halted their promotions with the band. Youngjun and Hyoseok would continue on with three new members in 2015.