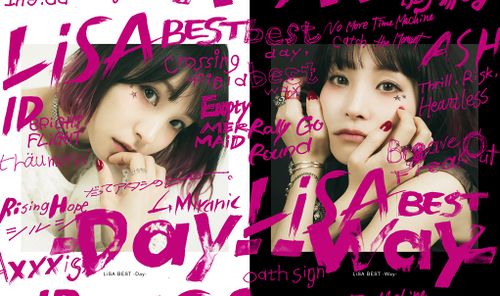 LiSA BEST -Day- & LiSA BEST -Way- is a combination of the first and second best albums released by LiSA. It was released in a special limited edition, and it comes with the two regular editions of the albums LiSA BEST -Day- and LiSA BEST -Way- with a special booklet each one, a blu-ray disc with the full concert, and a special limited big T-shirt. The best albums also comes with three new songs, "WiLL ~Mushoku Toimei~", "Hello Good Day" and "Believe in ourselves", in addition to a new version of "ROCK-mode".

A special "WiNTER PACKAGE" was released on October 10th. Instead of coming with a Blu-ray, the edition comes with a special calendar.