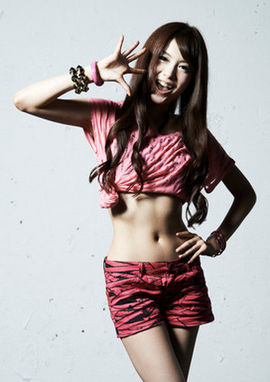 Maia (麻衣愛) is a Japanese idol singer. She is a member of the (undebuted) idol group Chu-Z. She originally debuted as a member of Vanilla Beans in 2007 where she was known as Rika (リカ). The next year she left Vanilla Beans to join Idoling!!! as the member #10 (second generation), and became known as Kobayashi Maia (小林麻衣愛). She graduated from Idoling!!! in April 15th 2008 to focus on her studies. She made her comeback as Maia four years later as the leader of Chu-Z.