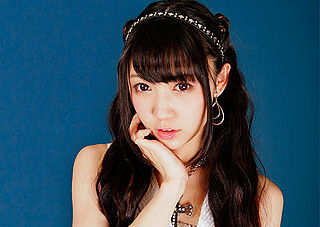 Matsunaga Maho (松永真穂) is a Japanese pop singer and seiyuu idol managed by Style Cube. She was formerly under Up-Front Style and part of HAPPY! STYLE.

In October of 2011 Maho was placed into the promotional unit StylipS with the same members of former group Team DEKARIS, in order to sing the theme song for the anime TV series High School DxD. Two years later Maho became the new vocalist for indie band Suimenka no Sora, and they restarted activities and began releasing again.