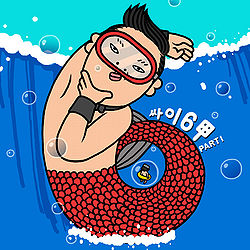 PSY 6 Gap Part.1 is the first part of PSY's sixth album. The song "Gangnam Style" was used as lead track and its music video features 4minute member Hyun A. PSY become the first Korean artist to top the US Music Video iTunes chart after "Gangnam Style"' music video went viral on Internet. The music video was linked/reposted by various international artists like Robbie Williams and Katy Perry, television channels and even performed by Nelly Furtado in one of her concerts.

A new version of "Gangnam Style" was released in YouTube one month later. This new version, titled "Oppan Ttak Nae Style" (오빤 딱 내 스타일) and performed mainly by Hyun A featuring PSY, was released as the female counterpart of the song.