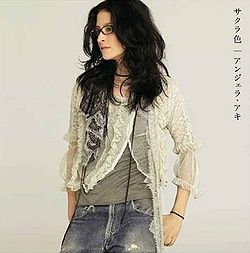 "Sakurairo" is the fifth single released by Angela Aki. It was released in two different versions, a limited CD+DVD version and a regular version. "Sakurairo" is a special song composed by Angela to commemorate her first Budoukan live, which was held on 2006.12.26. This live concert was released on 2007.03.28 as a DVD entitled Angela Aki MY KEYS 2006 in Budoukan. The title track was used as the "Cyber-shot" commercial song. The first B-side, "On & On", is the standard version of the track used to promote the movie Inugami-ke no Ichizoku (a different version was originally released on the soundtrack on 2006.12.13). The second, "Power of MUSIC", is a re-arranged and reworded version of "Music" from Angela's debut album, Home. This new version was used as the campaign song for JFL radio stations (FM NORTH WAV, J-WAVE, ZIP-FM, FM802, CROSS FM) starting from August 2006. The third is a solo piano version of her debut single. The DVD includes "Sakurairo"'s music video and the making of this music video, as well as "HOME" performed live at the Zepp Tokyo on 2006.10.12 during Angela's "HOME" Zepp Tour. The single reached #8 on the Oricon weekly charts and charted for 18 weeks. 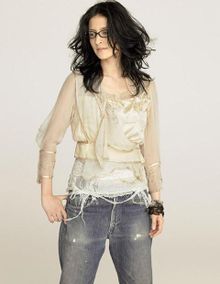