(Redirected from This Love) 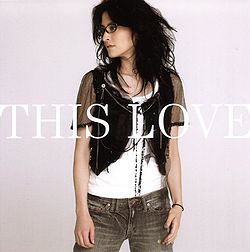 "This Love" is the fourth single released by Angela Aki. The title track was used as the third ending theme song to the anime BLOOD+. Later on, it was also announced that "This Love" would be used as the image song to the Japanese dub of the Korean movie Daisy. The song was originally performed on 2006.02.15 at Angela's Duo Music-Exchange ~Duo Rock~ concert as a solo piano piece. "This Love" first aired as the BLOOD+ theme song on 2006.04.08 (series' 26th episode). The first press of this single included a DVD with the music video for the title track, as well as a section entitled BLOOD+ Premium Story. A BLOOD+ deka-label OBI-strip sticker was also included in the first press, much like the deka-label OBI-strips that came with the first press of "Kiss Me Good-Bye". The second B-side is a cover of the Batman Forever ending theme song performed by Seal, which was originally intended to be released on Angela's "Kiss Me Good-Bye" single. The single reached #6 on the Oricon weekly charts and charted for 12 weeks. 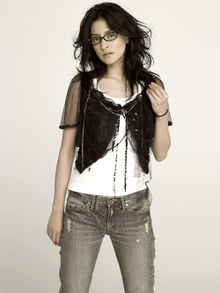