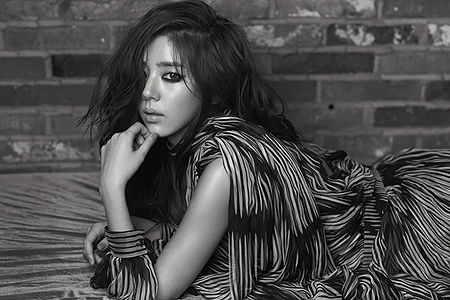 Son Dam Bi (손담비) is a Korean pop singer under KEYEAST, dancer, actress, and model. She was marketed as the female Bi by Pledis, and is best known for her hit songs "Neol Ireun Apeumeh Jjijeojin Kaseumeh" from Type "B" - Back To 80's and "Micheotssuh" from the mini-album The Second Mini Album. She is also known for the chair dance choreography she used to promote "Micheotssuh".

Son Dam Bi debuted in 2007 with her debut single "Cry Eye" on June 14, 2007. Marketed as the female Bi, she first performed "Cry Eye" at Channel V A Li[V]e on June 29, 2007. Son continued promoting "Cry Eye" by performing "Start", the second track from the album; she debuted the performance at Music Core on August 15, 2007. Besides her singing career, Son modeled for various brands such as appearing in the 2007 "Buckaroo" Winter Ads and modeling for "Atree", an MP3 player company.

On November 11, 2007, it was announced that Son would have dance training, vocal lessons, and record her first album in Los Angeles, California for one month. Her dance training took place at the famous "Millineum Dance Complex" where she worked with famous Krump dancer "Miss Prissy" among others. Son worked with famous US musicians for songs on her debut album, and her month long stay in Los Angeles was recorded for a twelve episode series which aired on Hana television. Son continued her modeling career in 2008 by modeling for the Swarovski 2008 Spring Collection and released her first digital single titled "Change The World" for the Prison Tale 2 OST on February 29, 2008. She released her first mini album titled Mini Album Vol.1 on April 29, 2008. "Bad Boy", the second track from the mini-album, was used to promote Mini Album Vol.1; it was produced by Brave Brothers who had typically worked with only YG Entertainment artists. The music video was released on April 28, 2008 and her debut performance was held at Music Bank on May 2, 2008. She starred in Sung Si Kyung's "Goodbye My Love" MV on July 7, 2008 and was casted in MBC We Got Married variety show where she was paired with Marco.

On August 21, 2008 Son released her second digital single titled "Tumyeong Ingan". She released the music video for "Crazy", the lead track for her second mini album The Second Mini Album on September 19, 2008 which featured Eric of Shinhwa; the track was produced by Brave Brothers. Son debuted "Crazy" at Music Core on September 20, 2008.

The chair dance choreography for "Micheotssuh" became immensely popular and continuously parodied. She followed up that release with her debut album titled Type "B" - Back To 80's. To promote the album Son used "Neol Ireun Apeumeh Jjijeojin Kaseumeh" as the lead single and beginning on March 19, 2009 a teaser music video and image was released. 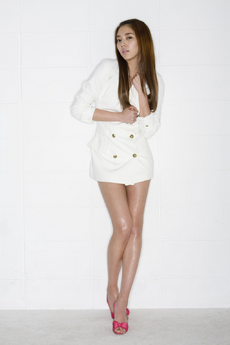 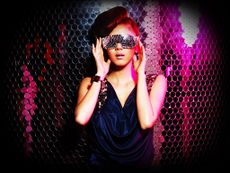 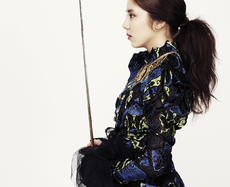