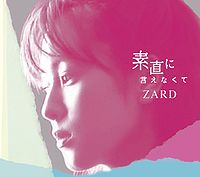 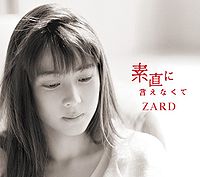 "Sunao ni Ienakute" is ZARD's 45th single. The title track was originally the b-side of the single "Fushigi ne...", with this version featuring singer Kuraki Mai. When she was alive, Sakai Izumi intended to rearrange this song. "Hypnosis" was originally the b-side of the single "MIND GAMES". Both songs were rearranged by Okamoto Hitoshi. This single was released on the day of her second anniversary of her death. The single debuted at #5 on the Oricon single charts, selling 49,655 copies.