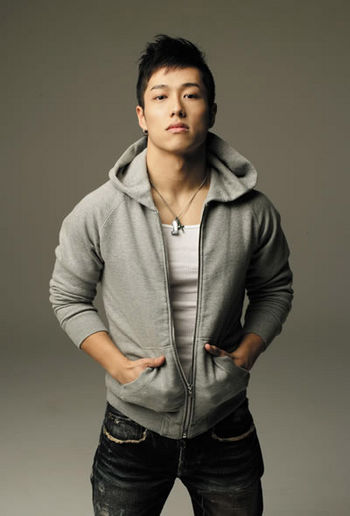 Tanaka Roma (田中ロウマ) is a bilingual singer and dancer, who was brought up in San Francisco. He used to be a part of a professional dance team. In 2006, he debuted under KING RECORDS with the single One / No Change No End. He is known for collaborating with Dohzi-T on his single "better days feat.Kato Miliyah, Tanaka Roma". In 2008 he was dropped from KING RECORDS and would later, in 2010, signed with Dwango Music entertainment

Tanaka was born in San Francisco, USA. His father is a Saxophone player, and his mother is a vocalist. He was brought up listening to classical music from his parents. However, when he went to high school, he developed an interest in R&B and hip-hop. He later joined a professional dance team called "Culture Shock", who performed in Los Angeles, Las Vegas and New York. Tanaka even auditioned for American Idol, and made it into the semi-finals.

In early 2006, Tanaka collaborated with the rapper Dohzi-T on his single better days. He would then later debut under KING RECORDS with the single One / No Change No End in June. Both songs were written and composed by himself. His second single, Not Alone, was released in October the same year. His third single, NEW DAY was released in April this year.

Tanaka's first release of 2008 was the single Forever Love with Aoyama Thelma, in March, and a month later he released with melody. his latest single Boyfriend/Girlfriend. After this he released some digital singles.

In 2012 he played his first television role in the series DTLA, as Hiro Tanaka. In this series he shocked his fans with a gay sex scene, but it wasn't showed real intimate things.