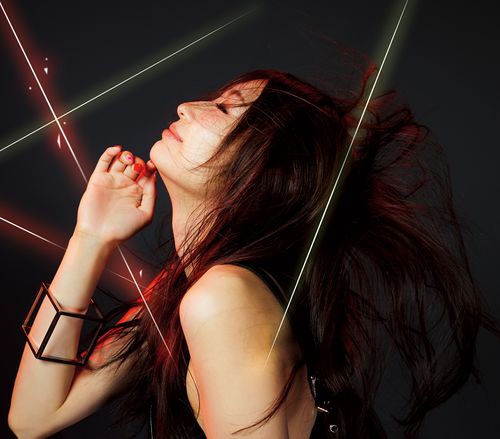 Tomatsu Haruka debuted as an voice actress in 2007 with the leading role of the anime Shinkyoku Soukai Polyphonica. During her high school time, she had to travel between Nagoya and Tokyo to attend recordings. After her graduation in 2008, Tomatsu entered an university and moved to Tokyo. Her popularity as a voice actress rose in fall 2008, when she lent her voice to Nagi, the main character of Kannagi.

Tomatsu started her singer career in May 2008 with The Children, a special unit formed with Hirano Aya and Shiraishi Ryoko to provide theme songs for Zettai Karen Children. In September 2008, she released her first solo single, naissance, Koko wa Greenwood drama ending theme. With the popularity of her role in Kannagi, her second and third single, motto☆Hadenine! and Musuhi no Toki debuted on the Oricon weekly charts at #10 and #21. In spring 2009, Tomatsu formed two more idol units with other voice actresses: Eclipse with Hayami Saori, Nakajima Megumi and Sphere with Takagaki Ayahi, Toyosaki Aki and Kotobuki Minako.