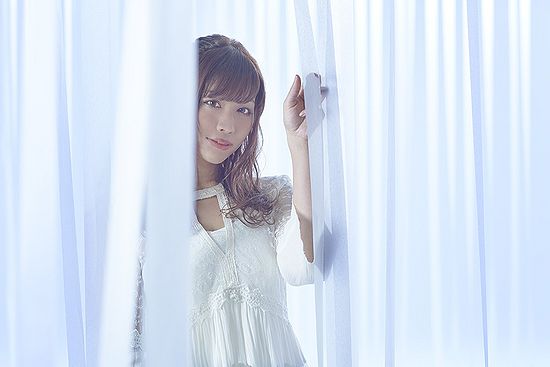 Yuuki Aira (結城アイラ) is a Japanese pop singer and songwriter under the record label Lantis. Most of the songs she sings have been used for anime. She used to be a part of the duo FictionJunction ASUKA with Kajiura Yuki before she went to pursue her solo career. In 2011 she debuted in the duo unit Fairy Story along with Nanri Yuuka. In September 2016, she left Space Craft Produce and currently belongs to AP Dream.

In 2007, Yuuki Aira debuted with the single colorless wind. On August 8, 2007, Yuuki Aira released "Zankoku yo Kibou to Nare" which was used as the second opening to the anime Idolmaster XENOGLOSSIA. In the beginning of 2008, she released her third single "Sekai no Namida" followed by her first album REFLECTION.

She didn't release any new songs until April 22, 2009 with the single "Blue sky, True sky", it was used as the first ending theme song for the anime Tears to Tiara. She released another single for the same anime titled "Weeping alone" which was the second ending theme song. On July 25, 2009 Yuuki Aira and 9 other female artists from Lantis performed at the "Lantis Presents: twilight listening party vol.6".

Yuuki's next single, "Dominant space", was released on February 10, 2010. This single was also followed by an album titled Eternalize. on June 9, 2010. After more than a month, Yuuki came out with another single, "LAMENT ~Yagate Yorokobi wo~", as the opening for the anime Densetsu no Yuusha no Densetsu. At the Lantis' "Rock'N Lan Carnival", she performed with Sayaka Sasaki, Yousei Teikoku and Hironubu Kageyama. "Hoshi wo Motomete" was released on October 27, 2010 as her eighth single.

After the 2011 Tōhoku earthquake and tsunami, Yuuki has been involved in a charity event to help raise funds for the disaster victims. On August 8, 2012, "Kanashimi wa Dare no Negai Demo Nai" Yuuki's ninth single was released and was used as the ending to the anime Horizon in the Middle of Nowhere II.